Moved from Trello; you can vote for this feature and see past discussion at https://trello.com/c/FYjzxBZP/82-chrome-extension-cliper.

Ideally the clipper should allow you to:

I’m not sure if this is the right place, but I could not comment on the Trello board.

The main reasons I’m sticking with Evernote is because of the web clipper extension for Chrome. The other reason is on Android I can share something into Evernote and it becomes a note.

When you build a web clipper (and Android sharing) it doesn’t need to be as powerful as Evernote’s (I usually clip the page URL or highlighted text on a page, I rarely clip an entire page) but it definitely needs to be as simple and universal (i.e.: how it recognizes web pages vs. Gmail vs. other specific web sites/apps).

Besides that Evernote is cumbersome, the formatting is odd (copy paste rarely produces the right results), and the new Evernote is almost impossible to use for GTD!

I sincerely hope you have employees that actually use the competition’s product as their daily driver so they can tell you if your solution really does the job or if it just claims to.

I’m interested in this too (for safari). Have you heard any updates on this?

If email input or IFTTT/Zapier interface is introduced, this opens up for using other webclippers in front of DL.
That’s what I do with my task manager (My Life Organized) currently. It only has email input.

I use Evernote for bigger things like project support info - it goes in a certain notebook and then Zapier picks it up and emails it - with contents in plain text as well as the URL back to the note in Evernote.

But since that web clipper is used for so much, I also have another one strictly for quick entry of those tasks and ideas that I pick up from websites. (This means it is very quick to use - without too much changing of folders, tags etc. every time).
I have used that of OneNote for a while but currently I use that of WunderList. So any task I dump there in a certain “default” list gets lifted onwards into MLO by email. (Setting up Zapier to pick it from WL and then emailing it).
Both OneNote and Wunderlist clippers put the backlink to the webpage in the text itself. So this goes along with the task description to MLO.

I currently don’t use Wunderlist for anything but picking up tasks to be forwarded.

Using one of the “established” web clippers also means that the typical “share to” features etc. work on mobile.

The reason that we don’t want to use IFTTT/Zapier as an answer to these things is that not everyone wants to sign up for them or figure out how they work. I mean, they’re not hard to use, but it’s not our users’ obligation if they just want to start clipping things into Dynalist.

That’s why while with IFTTT/Zapier you can do more sophisticated things, we’ll offer a simple solutions so those who don’t want to set up an entire automated workflow for it.

Thanks for the suggestions though!

These IFTTT/Zapier threads are getting a bit spread out – but running with that risk, I’ll jump here anyway.

IFTTT/Zapier should ever be the answer because your product shouldn’t be reliant on a 3rd party – but having the option of the 3rd party ensures almost every custom setup anyone ever wants, has been provided for.

Yes, I agree that making your own features is the ideal, and require less of the users. (And I appreciate your ambition to do so).

I was coming from the perspective that most start-ups easily get spread out between many kinds of demands to reach the critical stage with critical mass of paying users adopting it. You are still deep in some of the pivotal and crucial cornerstones such as the two mobile apps.
In that stage, it can be a benefit with “easy wins” or good synergies that provide 80% solutions to get people going. As in, “not perfect but at least not a showstopper”.
So in that connection I just wanted to highlight that the Zapier/IFTTT feature is one that could take the heat off some of the other demands. That’s all.

Yes, I agree that making your own features is the ideal, and require less of the users. (And I appreciate your ambition to do so).

I was coming from the perspective that most start-ups easily get spread out between many kinds of demands to reach the critical stage with critical mass of paying users adopting it. You are still deep in some of the pivotal and crucial cornerstones such as the two mobile apps.In that stage, it can be a benefit with “easy wins” or good synergies that provide 80% solutions to get people going. As in, “not perfect but at least not a showstopper”.So in that connection I just wanted to highlight that the Zapier/IFTTT feature is one that could take the heat off some of the other demands. That’s all.

Looking from where we are though, the clipper extension would probably arrive sooner than the IFTTT/Zapier integration.

This is because the API is not a simple feature that can be completed, rather, it needs careful design and maintenance. Furthermore, an API should ideally always be backward-compatible, which is particular challenging. It’s more like building a house rather than folding a paper plane… we don’t get to make too many mistakes. It also needs an alpha phase with some developer feedback before we can feel good enough about it.

That’s why I expressed that the first implementation of the clipper probably won’t rely on any automation tool. IFTTT/Zapier is for sure more flexible and can be adapted to your own workflow, but (1) they take longer and (2) they will most likely only benefit power users.

Not sure if you follow our blog. We posted at the end of 2016 about the year in review (http://blog.dynalist.io/2016-year-in-review/), and we mentioned we want to focus on 4 things in 2017: mobile, collaboration, automation, and capture. IFTTT integration falls under the “automation” track, whereas clipper extension falls under “capture”. I understand the ability to automate makes capturing easier for power users like you guys, the standalone clipper extension is just one of our efforts in the “capture” track that doesn’t necessarily depend on the “automation” track.

I hope that clears things up a bit. We’re looking forward to both!

What is the desired functionality of the clipper?

Rawbytez made a wonderful clip to workflowy extension which basically just grabs the URL + page title and turns it into pastable OPML.

I agree with you @ruud. The Clip to Workflowy extension works like a dream. I use this extension all of the time. Instead of pasting into Workflowy, I paste what is in the clipboard into Dynalist. Easy peasy.

Sorry for not replying earlier.

Imo, the clipper should not require pasting at all, if you have a default Inbox location. I think that’s the whole point of clippers – you don’t need to find the Dynalist tab and open it to find the location. Yes, it does save some time, but it’s not ideal. Rawbytez would probably want to build a custom send-to feature if WorkFlowy allows that.

EDIT: I added some extra information to the main post.

How would these bits of information be inserted into Dynalist? Like Rawbytez’s extension - title becomes item and URL, note? Or - better - like a link Dynalist? Or - better yet

- insertion format would be a preference setting?

That sounds very nice @Erica – looking forward to it

I agree that a “real” clipper should direct it straight to a document/location.

In addition to the 4 points on the list in OP, some aid in tagging is worth considering as well.
Not crucial but valuable. Such as a field for added tags with auto-complete.
Another nicety could be a button/checkmark for “reuse previous location and tags” for those times with repeated actions.

I think the beeing able to sort the stuff you find on the web quickly into the right location within dynalist is crucial for a very sucessfull clipper extention.

I would suggest that a quickdail feature:
one would get to select several locations within dyna as a a clipper pasting place.

then while surfing the web and stumbleling across something cool one could easiely paste it into the right location within the right category useing a dialog that allows you to quickly pick the desired one via the keyboard. (numbers 1 to 9 and/or updown arrows)

I would suggest that a quickdail feature:one would get to select several locations within dyna as a a clipper pasting place.

then while surfing the web and stumbleling across something cool one could easiely paste it into the right location within the right category useing a dialog that allows you to quickly pick the desired one via the keyboard. (numbers 1 to 9 and/or updown arrows)

Interesting idea… we’re thinking of showing maybe 5 recent locations, would that serve somewhat the same purpose? Or is the fixed and permanent ordering important?

I tried to imagine a quick-dial but found it to take lots of screen space. Especially so if we want to clearly explain which number corresponds to which location, in a way that’s immediately recognizable to the user.

Evernote gives the choice of a fixed position as well as “retain most recent”. That works fairly well.

5 most recent, directly clickable, in addition to that, could clearly give it an edge.

But regardless how the above plays out - “typing completion” for these positions (like for tags) - also like Evernote does - would be really good.

i have to admit autocomplete would be more familiar to most users than predefined numbers.

the general goal seems to me allow users to get the stuff they read somewhere online very quickly (as few actions requried as possible) and intuitively into the right location within dyna.

I think each location should be targeted a specific order of actions (sequence of keystrikes). That would create a great workflow as once you have something in your motoric brain it works without thinking.

for example: strg+tab+x to use the clipper on a selected sentence. (then the dialogue would open) than you hit the first letter of your location and enter.

there also needs to be a way to select the locations that autocomplete suggest. Mabye all of a certain hierarchy level by default, in addition maybe allowing the user to make every location a paste target.

There is a second Workflowy extension available that accomplishes what Erica is planning: 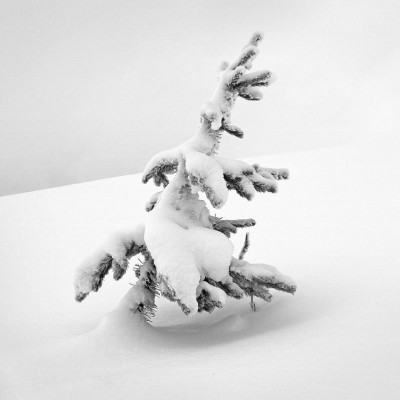 You are able to choose your Workflowy “Inbox” and just clicking that extension puts the title and link into your designated inbox in WF. Works like a charm. Right now the item goes to the bottom of the list but the developer has said he is working on an option to add the item to the top of the list.

It would be great if Dynalist had the same thing.

It would be great if Dynalist had the same thing.

Yeah that’s pretty much what we’re planning as well.

One destination is probably not enough though. In my opinion 5 recent destinations + searchable dialogue is the most ideal