New images will not display on IOS IPHONE app

…but images will display on the desktop app, web app, and IPAD version of the iOS app.

1.Add an image to the web or desktop app of dynalist. (Does not matter if it is to a new or current document)

2.Make sure that — within the settings — the “display images inline” option is set to on. Also make sure that the image you just added is, in fact, displaying inline within your document.

For the images to display inline in the iPhone app—as they do within the desktop, web, and IPAD version of the app.

For ANY NEW image that is added, the IPhone version of the app does not display the images inline.

Note: when viewing older documents with images, the images are displayed. The bug seems to only apply after a specific date—meaning after “x” date the images will no longer appear on iPhone.

Bug appears in the IPHONE version of the iOS app only. Bug does not appear on IPAD version of iOS app.

Both iOS apps are the most recent version

I’d add pics but I’m not by my computer and only have my phone.

I can’t talk about « old images » as I’m a newbie but I’ve got the same problem : Pictures are showing up on the web, desktop and iPad but I’ve got an empty square where the picture should be on iPhone.

Screenshot of my iPad 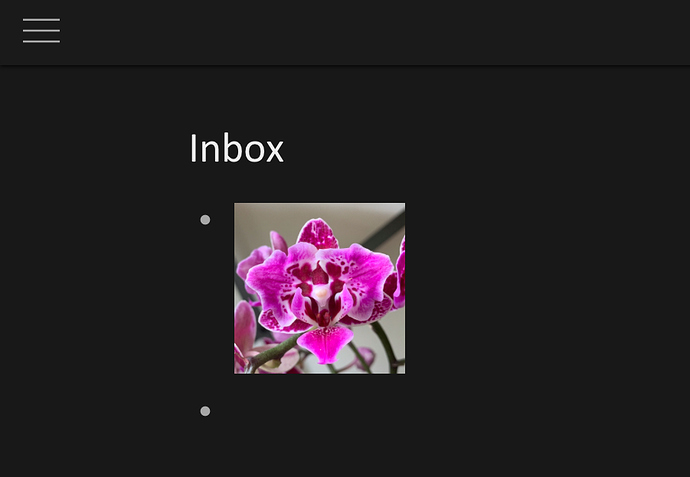 Screenshot of my iPhone 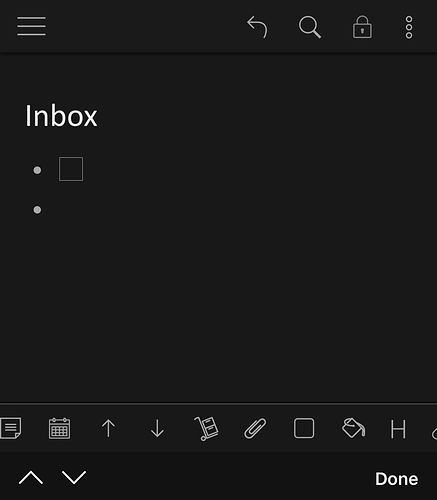 I am having the same issue. Does anyone have any insights?

Does it show up in Safari on the webapp? Also, what kind of image is it, png or jpg?

On the website I can see the images fine, just not on the app. That’s a good workaround – I’ll just use safari to open the website on my phone.

That said, it still would be nice if the app worked. I’d like to help with image type but I’m not sure. I get the images by pressing windows+shift+s and then pasting them into dynalist, so whatever image type that creates?

That should be a PNG file then. Still need to figure out if it may be caused by an iOS update or something…

I’m having this same issue. Images show correctly in web browser, but in iOS app they only show as placeholder squares.

Just to update everyone: I have found the cause of this issue (It’s a credential issue where iOS wipes device cookies) and a patch will be out in a few days!

Having the same problem. For me it’s on iPhone and iPad. I’m pretty frustrated.

Experiencing the same issue on both iPhone and iPad Pro. I read the couple prior threads on this from last year and tried the logout method with no luck. I also completely deleted the apps and re-downloaded from the App Store, logged in, and still see the small square in place of an image. Not sure what else to try from my end if it’s a credential issue.

Just following up on this - do you guys have the privacy setting for file uploads set to anyone or just yourself? Did anyone try changing it to anyone and uploading a new file?

If I remember correctly, this was fundamentally an iOS issue where the rendering engine didn’t properly use the login credential to fetch the images, causing it to blank out due to permission error.

I have the same issue here on iPhone and iPad. Everything is fine on the web app. The iOS only shows small rectangles.

I already reinstalled the apps on both devices. This also happens if I upload images from iOS. I can see those on the web app but not on the iOS.

Initially, I encountered images displaying square outlines despite trying all the methods mentioned. Finally, this post by the Dynalist team solved the problem! I hope this works for the rest of the users with this issue.

Login into your account on web browser > Open Settings, go to the Dynalist Pro tab, and check the “Allow others to access link” checkbox under the “Your uploads” section.