IOS - is there a way to add a quick item?

Right now it looks like the only way to add an item is to go into the inbox on my phone, try to click on an item without opening an associated link, enter to add a new item. It seems like it would be so easy just to have a little plus button that would add a new item to the inbox?

This is one of my biggest gripes with Dynalist. It’s also a problem on Desktop/browser.

I decided to switch back to Things3. The new version gives me all of the features of Dynalist (outlining etc.) plus the useability of a task app.

Here are the ways I typically add a quick item

Generally you send your quick note via an HTTP request using whatever software you prefer that supports HTTP requests, or rig up a scheme where it emails your personal dynalist inbox.

It’d be nice if there was a first party quick-add widget on both iOS and Android but for now we have to be a bit crafty.

On desktop app and browser there is a quick add hotkey 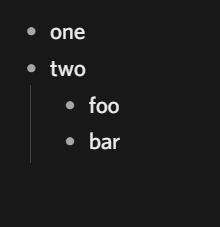 If I want to add three on the same level as two, I have to:

This is two more actions than the way you do it in Workflowy, which is just clicking the +
, regardless of how deep you are: 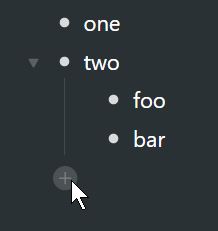 Things get worse if the last node is a link, as there’s a rather frequent bug in Dynalist that puts the cursor in the middle of the link (between the [] and the ()), in which case you’ll have to press Ctrl + End before pressing enter. That’s now 4 steps, just to add a node, which is the whole point of the application. Workflowy also has no such problems with links since they’re not markdown (and they’re honestly even easier to edit).

I really like how customizable Dynalist is, but at this point I’m seriously considering going back to Workflowy where it’s easier to perform basic operations.

I fully agree that dynalist on mobile isn’t fun to use. That’s why I only use mobile for 2 things - the inbox widget, and the swipe to delete function, both on a 3rd party app. Otherwise I just reading. I’d assume workflowy is just as bad, but I haven’t used it. Mobile just isn’t a good platform for these kinds of apps imo. Imagine editing a Google Doc on phone. Mouse and keyboard is great tho.

If I want to add three on the same level as two , I have to:

No, you want to click to the right of bar, then press enter twice.

puts the cursor in the middle

Again, click to the right of the last item, works better

But that little hover plus is a good idea. Dynalist should consider adding it.

The example was where bar would be the very last item in the node. Clicking below bar is way easier than on the right of it. Specially for links where you have to be careful not to click on them (there really should be an option to use Ctrl + Click to open links, rather than a mere click).

Click bottom of node, right of node, it doesn’t change much. In fact, for nodes with links, it seems to cause the bug more frequently.

Also, the other problem with clicking on the node itself is that there’s a space in-between each node where it actually goes to the start of the node’s text, rather than the end, which again makes editing an unreliable and frustrating experience. If you’re adding nodes fast, you click to the right of the node to add a new one, but ever so slightly didn’t click in the middle, so it goes to the start of the node, so you press enter to add a new node, and it ends up adding before it rather than after. It just breaks the flow.
This small strange area also doesn’t work with drag selection.

One thing I’ll say is that any action in dynalist that requires more than 1 keypress or click, but is always the same sequence, can be re-mapped via keyboard macros. I personally use quite a few, and it makes using dynalist much better. I have single hotkeys that move items to certain nodes, that ‘shuffle’ a sublist’, that read an item aloud via speaker, etc. There’s even a 16 step macro, which emulates the [[ create wikilink function in obsidian/notion. 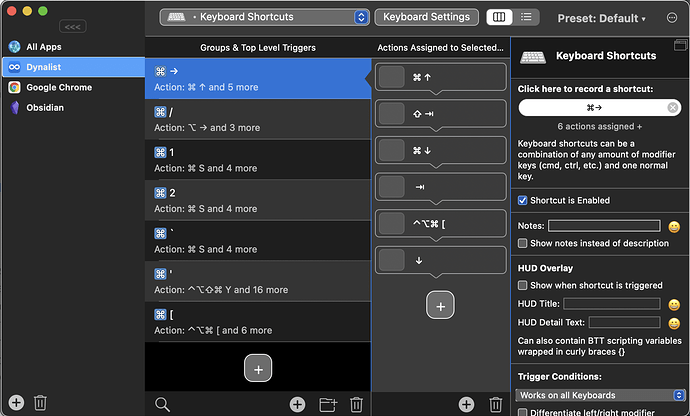 I have always thought that #Features were for feature requests. But maybe this isn’t so. So much to know in this universe.