Feature request #1: it would be really cool if when you moused over the outline ribbon area, a tooltip would pop up to show you the parent text. That way you could maintain your context in a very big outline. This solves the problem of not knowing where you are if you are browsing/editing a big outline.

This is mockup is based on your Propædia discussion. 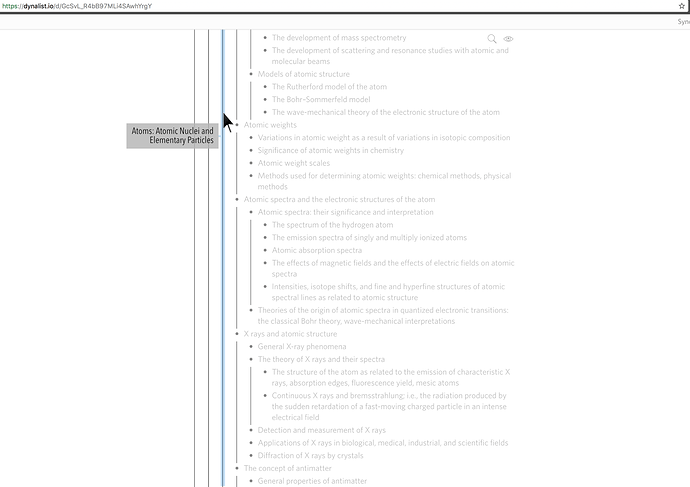 Currently, clicking the thin line does nothing, so I’m not too worried about accidental clicks. The target area would probably have to be ~7 pixels wide to be easier to hover over.

If you just implement Feature #1: Context on Hover, then there isn’t really an issue with accidental clicks.

If you go for Feature #2: Folding Parent Bullet, then you’ll have to avoid the extra icons you show when you hover to the left of a bullet (the minus icon and the three bars icon): 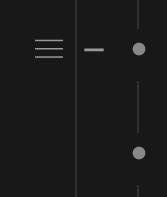 I don’t think these are super high priority features, but it’s definitely fun to think about, especially if you want to support super deep outlines and very big documents!

I was just going to make a post about the very same problem, but you’ve worked out much more thorough solutions already. Currently, I am scrolling up a lot in order to see the parent item and maybe collapse it. +1 to both requests!