Hello. I’m importing my Google Docs into Dynalist. One strength in Google Drive is that it allows the user to save a Doc in more than one folder. This has special appeal if, for example, you have an education folder to store notes, but the notes are also relevant in a resources folder within a segment of a company/project/discipline.

In my case, I’m making some tough decisions about where information should be stored in Dynalist whereas in Google Drive, I had more latitude and creativity in keeping things in sometimes two locations. But I got to thinking tonight there might be others out there who’d love for information in Dynalist to be stored in more than one location—and for changes in one location to be mirrored in other locations.

If so, chime in. How have you been handling this?

Might the dynamite Dynalist team ever consider multiple locations and mirrored changes?

Thanks for creating a super application and thanks for an incredible community who’s helping shape Dynalist!

This strikes me a an odd use-case for Dynalist. I’m not saying it’s not valid, however like many others, I come from Workflowy. To me everything in Dynalist (including the folders/documents themselves) are just a single giant list. While there has been discussion before about Cloning Items, in your case, perhaps you may want to consider a less structured view of your documents. Yes you have them under one list/category, but if you use #tags to help reference other areas they may be applicable to then you can use a quick search or even link to locate the documents by category.

Personally, between tags and linking to other documents, that’s generally how I handle cyclic references rather than pure duplication.

Thanks for sharing your perspective! You have much more experience than I do with list outliners, as this experience—all of two months with Dynalist—has been my foray with this technology.

You very well might be right in that tags and linking would suffice. I’ve made use of tags but hadn’t considered them in this context. Linking to other documents isn’t something I’ve explored.

I would mainly want to use this in order to share just part of a document: I would create a new document that would only contain text copied from a subset of another document, so I can just share a portion and not the entire document. I also would not have to keep both locations updated whenever one makes a change, since the new doc would mirror all changes in the main doc.

This is the one thing that workflowy has over dynalist. They have implemented this feature recently and have been giving thought to how important this feature is to me but might make the switch as it is a special case but extremely useful in some situations as mentioned by ladywildfire. For me, I’ve taken on the hobby of creating an ontological master list that I will probably add to for the rest of my life for no real significant reason except my own of having somewhere to put down the information that I come across while reading and such for my own easy future reference. In this case many ideas and concepts show up in various disciplines. and would be truly impossible to keep updated across time.

But I also have been thinking about moving over to obsidian for this as it’s more suited to this use case with backlinking being a more fully developed feature than it is in dynalist.

Sorry for the rambling.

If you mirrored something from a different document, and dont give the friend read permission to its source, it wont show up in the document you do share with them. At least that’s how permissions typically work.

If you jusy want to share a node and it’s children, that’s a different feature . Workflowy could do that years before they ever had mirror nodes.

I pay for Workflowy, and I also use dynalist for my daily TODOs. Mirrors are the next generation feature for hypergraph based text editors. I think many people would use them; many people who now don’t even know that they could exist, would probably love them.

Forgive my dumbness. That’s an interesting word choice. Haven’t heard it before. I’m gonna be honest I read a few pages on the word hypergraph and still have no clue how it’s different than a normal graph. I see it’s using venn diagram like blobs instead of spiderweb lines, but I’m not sure what the mathematical difference is.

I understand dynalist right now is a nested outline, strictly hierarchical, which is a “tree” which is a subset of a “graph”. Obsidian is a “graph” because there’s no hierarchy.

Does a mirror node also clone all the children into both? 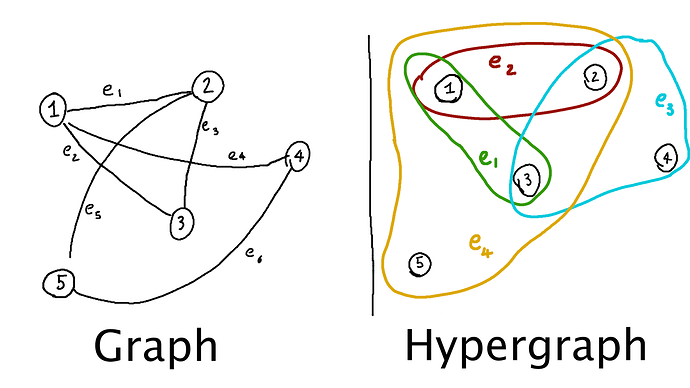 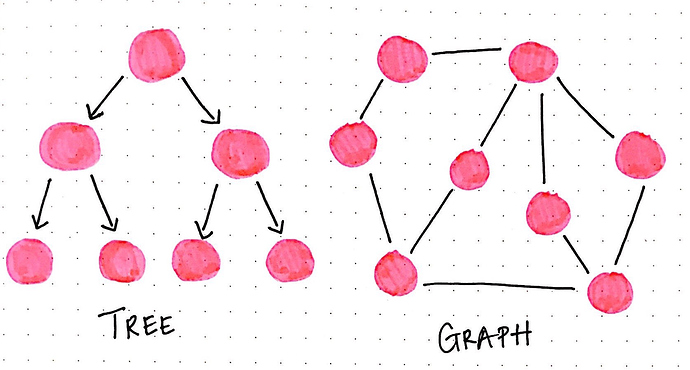 Since you chose that word I was just hoping you had more thoughts or elaborations to share, since data structures are interesting

I think there’s room for a lot of nuance here. Actually I didn’t realize until now that, in Dynalist, there is only 1 top level node per project area. So I believe that actually, it is just a tree structure.

In Workflowy, on the other hand, you could always have any number of top level nodes, violating the single parent requisite of a tree. So I would consider it a plain graph. That’s how it used to be.

Then they added mirrors. That’s when I started calling it a hypergraph.

I just basically am using the literal text from Wikipedia as justification for this:

In mathematics, a hypergraph is a generalization of a graph in which an edge can join any number of vertices. In contrast, in an ordinary graph, an edge connects exactly two vertices.

I haven’t put a ton of thought into this, but I guess that it is actually a directed hypergraph: 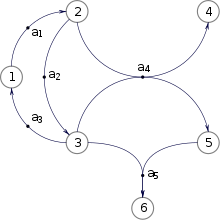 There are probably nuances / different types of trees / graphs / hypergraphs. Someone more versed in this area could probably define it better.

Mathematics defines edges as a pair (From, To). The web implements edges as links pointing To, embedded in a From document. By this the web establishes a directed graph. A tree is a directed graph with no loops. An outline is a tree with nodes. An outline that includes web links to other parts of the outline functions as a graph, though with two different kinds of edge connections: parent-child and link-target.

Hypergraphs are not a necessary concept at all. You might choose to think of Roams autogenerated topical pages as hypergraph edges that point to all mentions of the topic. Or you can think of these pages as end points and all is just links from one page to another. It’s all the same however you think of it.

Mirrors in computing sometimes are implemented by copying all the data from one place to another. This copying happens regularly to keep both sides the same. (DynaList sync implements a kind of mirroring).

But in the question above, the mirror is usually handled by allowing two nodes to both share the same child. And the program would show you this child whether you look under parent A or parent B, because there is just one child.

Replace folders with tags and dynalist can do everything you need. #education #resources

That requires explaining, Sam. I have vague notions, but I can’t pull together a coherent picture of using tags to achieve practically what Mirror proposes. #educate us please!

Sorry for the slow response. For some reason I wasn’t notified of your post. And another apology: upon re-reading the original post, I see my proposed solution is not a solution to the problem posed. I read too quickly and jumped upon the thought that folders and tags can be different ways of organizing documents, but that doesn’t solve the change mirroring issue. I do endorse the concept of two documents mirroring changes to each other, but it seems like a tough nut to crack.