Newlines preserved. Not combined into one line.

Newlines removed. All lines are merged into one.

Windows 7.
Firefox.
No any 3rd-party scripts.

if you copy and paste that on windows notepad, do you get the newlines?

Yes, I have newlines if pasted to notepad.

Thanks for the report.

Could you paste it in https://dynalist.io/clipboard and take a screenshot of the result please? 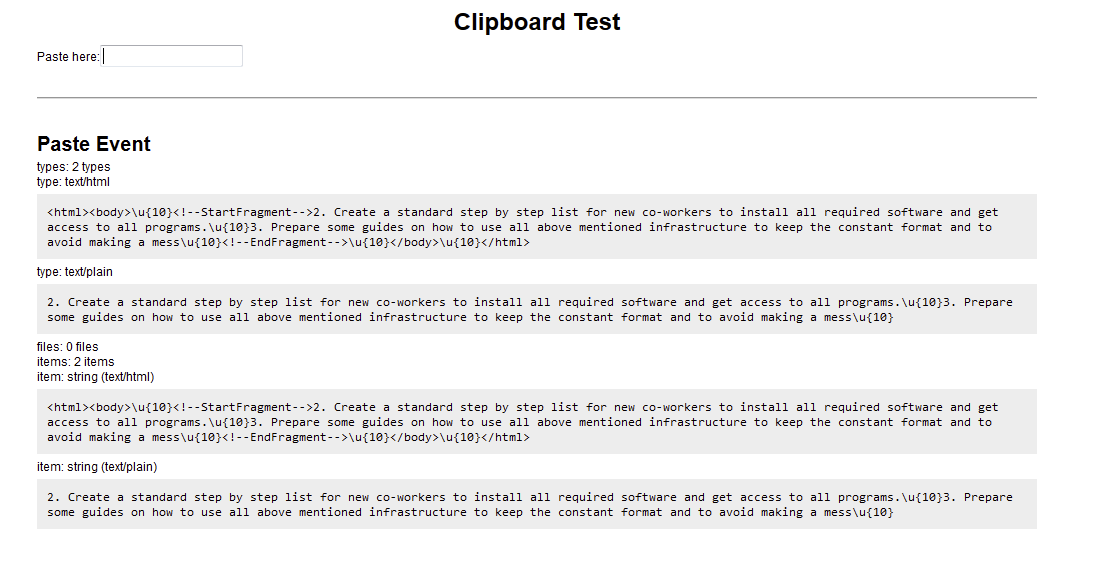 Seems like the HTML version that’s been copied is stripped of proper newlines, so pasting it in any HTML source would remove the line breaks. (Try pasting it in this forum reply)

Isn’t it a newline? 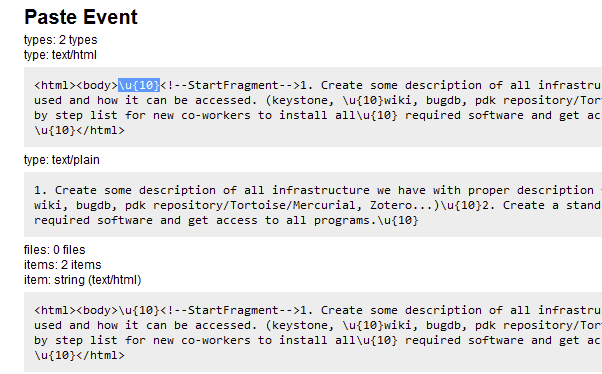 Pasted to the forum reply kind of correctly (though I would admit that there are a little bit more newlines than I’d like to have):

Newlines in HTML aren’t considered newlines, they are interpreted as a space character when rendered. This is by HTML standard. The only case where newlines are shown is when the CSS flag white-space is set to pre or any of the pre-* variants.

I suspect this is the case in Google Forms, but once it’s copied into the clipboard that flag is lost, which means pasting this snippet into anywhere that accepts HTML would convert the newline into a space.

I’m hoping the workaround I proposed should work, since the plaintext version also contains newlines which should be properly recognized.