Place the cursor at the end of the text of a node and tap the blue return button in Gboard.

What used to happen, and still happens with the Samsung keyboard, is that a new node would be created subordinate to the current node.

What happens now is that a newline gets added to the end of the current node. 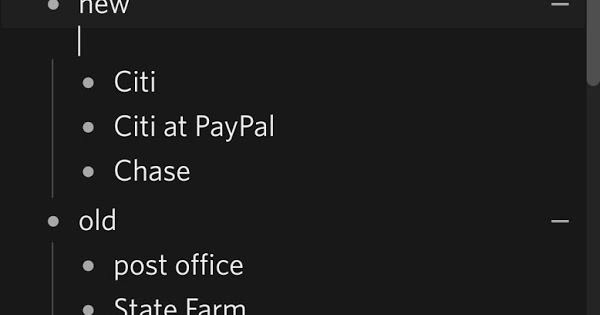 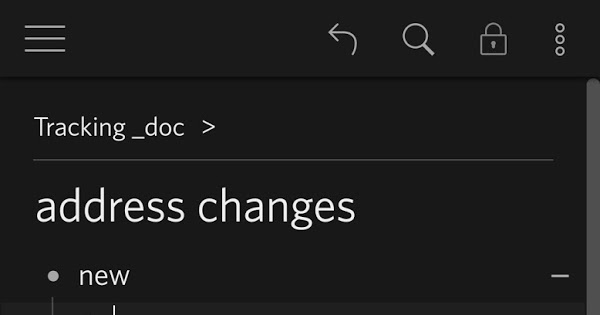 I’ve seen this issue happen a few times on iOS, still haven’t figured out why it happens but I bet it’s due to the same problem. Restarting the app should fix it, until you can trigger it again.

If you have any idea what exactly leads to this happening (say open search, or something) please let me know since it’s been on our watch list for a while!

Unfortunately, restarting the app didn’t change anything. Nor did rebooting the phone.

If the app is fully synced, try to uninstall/reinstall, or delete app data & cache. You’ll have to login again, but let me know if that fixes the issue.

Deleting app data & cache didn’t help. I see that behavior all the time in every node if it ends with letter. Pressing return in nodes with ., ?, ! or whitespace at the end makes new node as expected.

Oh that’s interesting. So if you press enter when the cursor is right after an alphanumeric character it just goes to the next line in the same bullet?

Can someone test if pressing enter in the middle of an item is broken or not?

When I press enter in the middle of the word then it creates second node. When I press at the end of the word and there is space after that word and more words (simply middle of the sentence), then it’s broken.
So yeah, looks like it’s creating new line in the same bullet if cursor is after a-z0-9 and only if cursor is at the end of the word. It’s broken also in this scenario: whatever|, so it’s stricly about end of a-z0-9.

I just got this to repro. It only seems to happen when GBoard tries to autocorrect the word you typed to something else. In that case, instead of sending an “Enter” keypress, GBoard just swaps the word and inserts a newline character. Ughhh that’s quite annoying.

Let me think of something. If anyone has ideas or tips please let me know.

This is definitely a Gboard issue, Thank you for narrowing it down.

I’m using my Samsung keyboard now and it’s back to working like normal (Pressing Enter Key creates a New Item).

Note: I have an old account at Workflowy.com and the results are similar using gboard. However when pressing the Enter key, neither a new item nor a newline is created, the cursor just sits there. When adding a Space followed by the Enter key, then a New Item is created.

Thanks for the help debugging. I’m guessing that also happens on web browsers since it’s a keyboard issue.

Most likely we’ll need to add some kind of hack to detect if GBoard is doing that for a fix. Or pray that Google would fix it some day

Maybe as a workaround, in the mobile toolbar action there is “Insert new line” (which does not help of course), but could you also add the following actions:

Because even if the enter key get’s fixed, it would still be easier on mobile to use those actions (compared to moving the cursor to the end and pressing enter)