I fail to understand why dynalist charges a higher fee?

I joined dynalist a few years ago and like it as a product. It’s a minimalist approach. Eveytime I think of making it my sole task management/note taking app I balk at the price they are charging compared to the tools that are available in the market. I understand they have a students discount and referral discount but its an overhead. I really wonder how many of their customers are actually paying the 9.99$ per month or 95$ that they ask for. I wish they consider changing their pricing to attract more users to the app. It baffles me to see them leaving money on the table.

Figuring out how much to charge is a hard problem. There’s so many things to consider and so many variables at play. Here’s just some of things we’ve internally discussed to arrive at the current pricing:

To address your specific concerns:

I really wonder how many of their customers are actually paying the 9.99$ per month or 95$ that they ask for.

There’s actually a healthy portion of our users paying, and a significant number of these are paying the full price.

I wish they consider changing their pricing to attract more users to the app. It baffles me to see them leaving money on the table.

This is the tricky part. Let’s say we slash our prices by 50% across the board. We’d need to attract 2x the amount of paying users to break even on revenue. This is not taking into account the added amount of priority support emails, the extra file upload hosting cost, etc.

From our observation, it’s quite unlikely for that to happen, mostly because it’s much much harder to convince a free user to type in their credit card number for a small payment than charging a higher price. Many users would never pay a single cent for the product because there are always other apps they can use for free.

And we’re ok with that. From day 1, Dynalist has given away more for free than our competitors like Workflowy. We didn’t want to make users feel like we’re squeezing dollars out of them to unlock some incapacitating limits. Our pro features are all very specific as to add some kind of value for the user, whether it’s convenience, customization, automated backups, etc.

Thanks for such a detailed explanation. This sort of transparency is what sets Dynalist apart - it’s also another reason why some of us are happy to pay and support it

Thank you for this detailed insight!
I am paying for Dynalist since two years and for me the app is totally worth it.
Nevertheless, sometimes I wish the development could be faster. There are many features wished from users since years and it would be really awesome to see them implemented! I hope this is not received as rude, I see all the work and effort that goes into Dynalist and I really appreciate die transparency and interaction with the users.

Thanks for the reply Shida. I appreciate it. I understand this is a hard problem to tackle and I give you full credit for it.

I dont agree with a few things you said.

Users pay for the value they get out of the product.

Yes I agree. But i feel its fair to say most of your users are not power users and dont use it for high value contracts and project.

The price of a product affects the perception of its quality.

This is very subjective and I dont think this can be generalized to all software products.

You should remember that dynalist is in a growth phase , it can easily be disrupted by new players in the market. Your price should reflect that phase you are in.

From our observation, it’s quite unlikely for that to happen, mostly because it’s much much harder to convince a free user to type in their credit card number for a small payment than charging a higher price.

I completely disagree here. 50% off 50$ is not a small amount. You had this plan before 2017 and did you not get any subscribers then? I think you fail to see that you are alienating a segment of your audience here.

I hope you think about this and what you could offer to a wide variety of your audience. Thanks and keep up the good work.

Thanks for the kind words! I totally understand where you’re coming from and we do wish things could be done quicker too.

Yes I agree. But i feel its fair to say most of your users are not power users and dont use it for high value contracts and project.

That’s fair. And we don’t expect to convince anyone using Dynalist for very simple things to consider paying for it, especially if they have the choice of a million other productivity tools for their simple use cases.

The thing is, only if a user find unique advantages of using Dynalist over every other competitor are they willing to pay for it.

This means that paying users are almost always power users, or they’re using Dynalist for important work. Or their company reimburses it.

This is very subjective and I dont think this can be generalized to all software products.

It is subjective, but it’s a well known psychological phenomena and there’s no denying that it has some effect. Understandably it may not be the strongest indicator of quality but it has an effect on it nonetheless.

This is especially true for the Enterprise business customers (those who gets Dynalist Pro reimbursed by their employer), where companies are used to paying high prices for software, it’s common to identify “cheap” software as lower quality.

You should remember that dynalist is in a growth phase , it can easily be disrupted by new players in the market. Your price should reflect that phase you are in.

We’ve actually been through that phase - From 2015-2017 we’ve had the Early Bird discount for anyone who signed up before ~July 2017 which was 50% off the full price, which stacks with other discounts like our Christmas sales or referral credits.

Since the ending of the early bird discount, we haven’t seen a noticeable drop in new paying users, surprisingly. There was a dip in the months immediately following but the effect was very small overall.

I completely disagree here. 50% off 50$ is not a small amount. You had this plan before 2017 and did you not get any subscribers then? I think you fail to see that you are alienating a segment of your audience here.

I’m not sure if I haven’t been clear, but convincing double the number of users to pay a single dollar is more difficult. I’m sure there ARE users who are willing to pay after the price adjustment. In fact, many users do email us with the exact feedback you wrote in the first post.

It’s a matter of statistics. There just isn’t a lot of users who are in the position you describe - willing to pay but aren’t paying because of the price.

For those users, we have the student discount (if they happen to be students/professors/researchers), and from time to time we’ll run sales like the Christmas sale. This satisfies most people in that category.

We’ve discussed this many times internally as well. It’s also a difficult decision for many reasons:

Either way - We really appreciate that you wishes to help us!
I just wanted to express that we’ve been at this for a few years now, and pricing is something we spent a considerable amount of time on researching and experimenting.
I completely understand that it may not be as apparent when viewed from the outside, but our internal data suggests that we’re in a pretty good spot right now.

I appreciate the reply and your thought process here. It seems you have done extensive research on this and have made the conclusion. A mark of a great startup is to constantly validate your assumptions.
You have a great product hear and I wish more people were aware of it. I wanted to subscribe to your product but not as this price and no company is paying it for me

niether am I a power user.

I think I might give workflowy a chance and revist your product next year.

Thanks. Keep up the great work

Thanks! I just want to reassure you that people like you are not forgotten. We’ll likely be running sales in the next few months which brings Dynalist to more affordable levels. Keep an eye out

Hi, I just missed the xmas promotion - I think that’s a good price, well for me. I think you should charge what you think is right, lots of people will pay it. For some however it’s a bit too much. I work for myself, I have quite a few things that I have to pay for on subscription, once you think $9.95 a month over different apps and platforms suddenly it’s quite a lot to pay each year. Also, and I think a few others have posted on this, my country and currency both mean that $9.95 isn’t actually $9.95 it’s about 1.6 or 1.7 times that, in what I feels like out of my pocket it’s probably more like x2. In the end, if I work with the standard features it’s ok, and then I don’t pay, but I think Dynalist is one of the best products I’ve come across and I’ve stuck with it for a while. I would like to be able to support it’s development and not just be a freeloader

So I’ll keep an eye out for the next promotion, but in the meantime if you ever think of any other pricing or subscription ideas then I’d encourage that too!

I don’t think there was any “Christmas promotion” this year.

I was keeping an eye on something like that, but there was nothing, as far as I know. So, a few days ago, I paid the full amount for the whole year. The developers definitely deserve that, but it’s also true that Dynalist is expensive. And as you say, Jonathan, if Dynalist was the only software subscription we had to pay, then $10 per month or $96 per year would be negligible… But those various software subscriptions can definitely pile up. In any case, Dynalist has turned out to be perhaps the crucial software for me to organize my life, so I would rather cancel all other subscriptions before cancelling Dynalist.

What features/limitations would be on the lower tier, and what would stay on the higher tier? I’m not asking here…

I know you weren’t asking, but I have thoughts on this! I think the bolded items should be part of a mid-tier package, offering essential “pro” features, while the ones that aren’t in bold either expand on those by offering customization, or offer integration with third party products.

If you really don’t plan to offer a mid-tier option, I suggest at least extending the academic discount to teachers as well as students. I know many academics who would like to use it, but simply can’t afford it at the current rates.

Dynalist is worth every single penny, and I will continue to happily pay my subscription fee for this excellent product.

Just to give you a different perspective, I find custom shortcuts and the custom mobile toolbar absolutely essential, while I don’t use image and file attachments at all.

So, it might be tricky to attempt to divide features into supposed “essential pro” and “non-essential pro”. Opinions and needs may differ widely as to which is which.

I would not use any of those 6, except Image Attachments. Maybe I should learn to do more tags and bookmarks, whatever. Backup, Custom Mobile and Custom Shortcuts are the valuable items to me. Custom CSS and recurring dates and Google Cal are great but optional.

On the topic of pricing, I saw this today… From the Twitter of Roam Research’s cofounder: 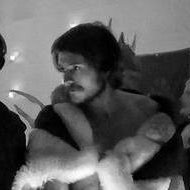