Here’s a CSS fix that might be easier for people to read.

Next, I like evernote/ onenote bulletpoint styling. It has different bulletpoint indicators depending on how far deep your bulletpoints are. This is what they look like; 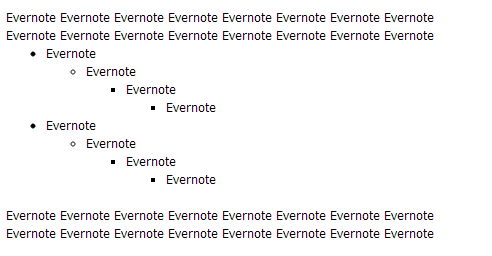 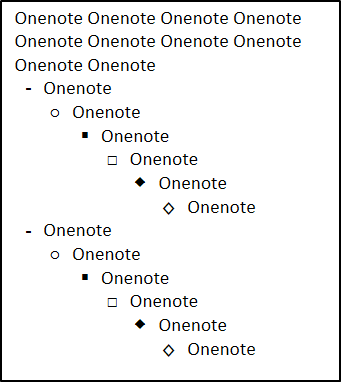 add this to your stylish.css file

Nice touch. It would be great to develop this further. Thank you.

I’m trying this out @Vincent_Tang and would like to understand the design concept behind it. Why would the first two levels have a line, rather than a bullet? One issue I’ve found is that it is not possible to see if a 1st or 2nd order item is collapsed or not.
Thanks.

I think of the first two lines in any document as if they were a “Table of contents” . The first level bulletpoint is like the chapter, 2nd bulletpoint is a subchapter.

Everything else is kind of whatever, they behave more similarly to actual traditional “bulletpoints” in something like onenote, evernote, etc.

Also I rarely zoom into things, so there’s that too

One issue I’ve found is that it is not possible to see if a 1st or 2nd order item is collapsed or not.

I think I forgot to include that fix. I have it on here, must’ve forgotten to put it. I updated the code above so it should work now

@Kevin_Murray -it is possible to see if a 1st or 2nd (etc) order item is collapsed or not. I am posting the CSS in the Share~Showcase forum. I will add a link later.

Thank you @Vincent_Tang for your effort. It helped me investigate a methodology for

Thing is, this broke the is-parent/collapsed states tracking no matter what approach I used.

This worked really well, but then it broke the simplified css code application in the “is-parent/collapsed states” tracking code.

::sigh::
After fiddling with this for way too log a time, what I discovered is that I could use the simplified .Node to .Node traversal code-method (as Vincent does above) for assigning custom bullets to the Levels, and then I used a combination (kludge) of “explicit parent element (”>") identification" with .Node-to-.Node tracking logic and achieved a semblance of explicit level tracking that allows “is-parent/collapsed states” to cascade as deep as you may go.

My CSS skills aren’t what they once were, i.e., a more professional modern-day css coder would likely do better, but the solution is usable now at least.

LIMITATION
At the end of the last “level-defined bullet style” in the CSS code one creates (from what I will post), any levels added in your Dynalist beyond that point have the same bullet icon as that last one in your CSS, but, as mentioned above, the “is-parent/collapsed states” fully cascade …so you can always readily identify is a node has children or not ;^).

You may check out the code here: Readily Identify Any Collapsed Level while also Allowing Custome Bullet-Icons